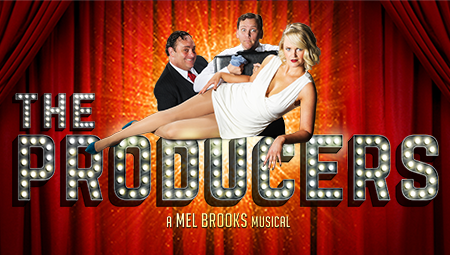 PRESENTED BY BROADWAY BY THE BAY

Based on Mel Brooks' laugh-out-loud 1968 film, The Producers tells the tale of two theatrical producers who scheme to earn their fortunes by overselling interests in a Broadway flop.  Things get complicated when the show becomes an unexpected hit!  Songs include "I Wanna Be a Producer", "We Can Do It", and "Springtime for Hitler". Join us to see why this blockbuster musical comedy still holds the record for winning the most Tony Awards!