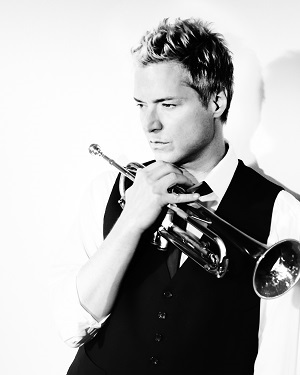 Christopher Stephen "Chris" Botti, is an American trumpeter and composer. In 2013, Botti won the Grammy Award in the Best Pop Instrumental Album category, for the album Impressions.

Chris Botti, the world’s biggest-selling jazz instrumentalist, was never the same after hearing Miles Davis’ version of “My Funny Valentine” when he was 12. A subtle trumpeter with a sumptuous sound, fluent phrasing and sense of space, Botti became a masterly musician equally at home in the realms of jazz and pop. He honed his craft performing and recording with stars like Frank Sinatra, Buddy Rich, Paul Simon, Joni Mitchell, and Sting, who featured him on his Brand New Day tour and who was one the stellar artists on Botti’s chart-topping 2009 album Live in Boston. Recorded with the Boston Pops Orchestra, it also featured the versatile trumpeter improvising in the company of Yo-Yo Ma, John Mayer and Steven Tyler. Botti’s 2012 CD Impressions, a ballad collection pairing him artists as various as Vince Gill, Herbie Hancock, Mark Knopfler and Caroline Campbell, won the GRAMMY for Best Pop Instrumental Album. In concert, the melodious trumpeter is as likely to play the second movement of Rodrigo’s “Concierto de Aranjuez” – played so beautifully by Miles on Sketches of Spain – as he is Al Green’s grooving “Let’s Stay Together” or a leanly romantic “When I Fall in Love.”