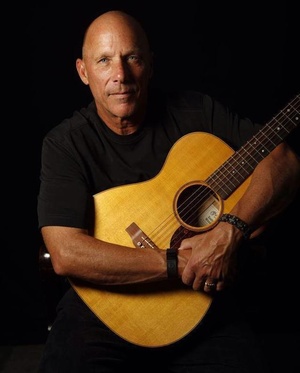 Seating available in the Orestra level

To say Tim "Flan" Flannery is a baseball man is an understatement. But those who know Flan understand how much music has always meant to him. Wherever he goes, he’s always got his guitar with him. And in his playing or coaching days, on a rainy night in St. Louis or after a day game in Cincinnati, you might have heard him singing in the stairwells of the team hotel. So while he is beyond proud, and certainly humble, about being part of three World Series championship San Francisco Giants teams (2010, 2012, 2014), as well as his thirty plus years in the Major Leagues and his current gigs as a baseball analyst for both the MLB Network and NBC Bay Area Sports, Tim Flannery has consistently toured and played shows in support of his original music. The music now also serves another purpose: all revenue from CD sales, merchandise, and ticket sales benefits his non-profit, the Love Harder Project (501(c)(3)), for anti-bullying and anti-violence programs across the country.

Flan is currently performing and booking dates to support his 14th album, "The Light" which is a journey to find, hope, faith, love, light in a world where darkness seems much easier to see. The eleven tracks of original music are drenched in real life experiences that has led Tim through darkness, pain, and disappointment, to find peace and hope in today’s sometimes confusing human climate. With a voice as smooth as Kentucky bourbon and a heart worn on both sleeves, Flan’s performances ebb and flow with brilliant melodies and soaring harmonies. Routinely supported by his obscenely talented, all-star band, The Lunatic Fringe, Flan has also been joined onstage by the likes of Jackson Browne, Bruce Hornsby, Garth Brooks, Jimmy Buffett, Bob Weir and many others.

It’s easy to think of Tim Flannery as baseball man turned musician turned philanthropist. But in all honesty, all of these aspects of his life overlap, making it hard to discern where one ends and another begins. Regardless which role he’s in, Tim Flannery is a storyteller and one of the last of the old dogs.

**VIP Tickets $100 **
All tickets include a copy of "THE LIGHT"
**VIP Package Includes: An Intimate Gathering with Tim & Friends, Appetizers, Beer & Wine Selections