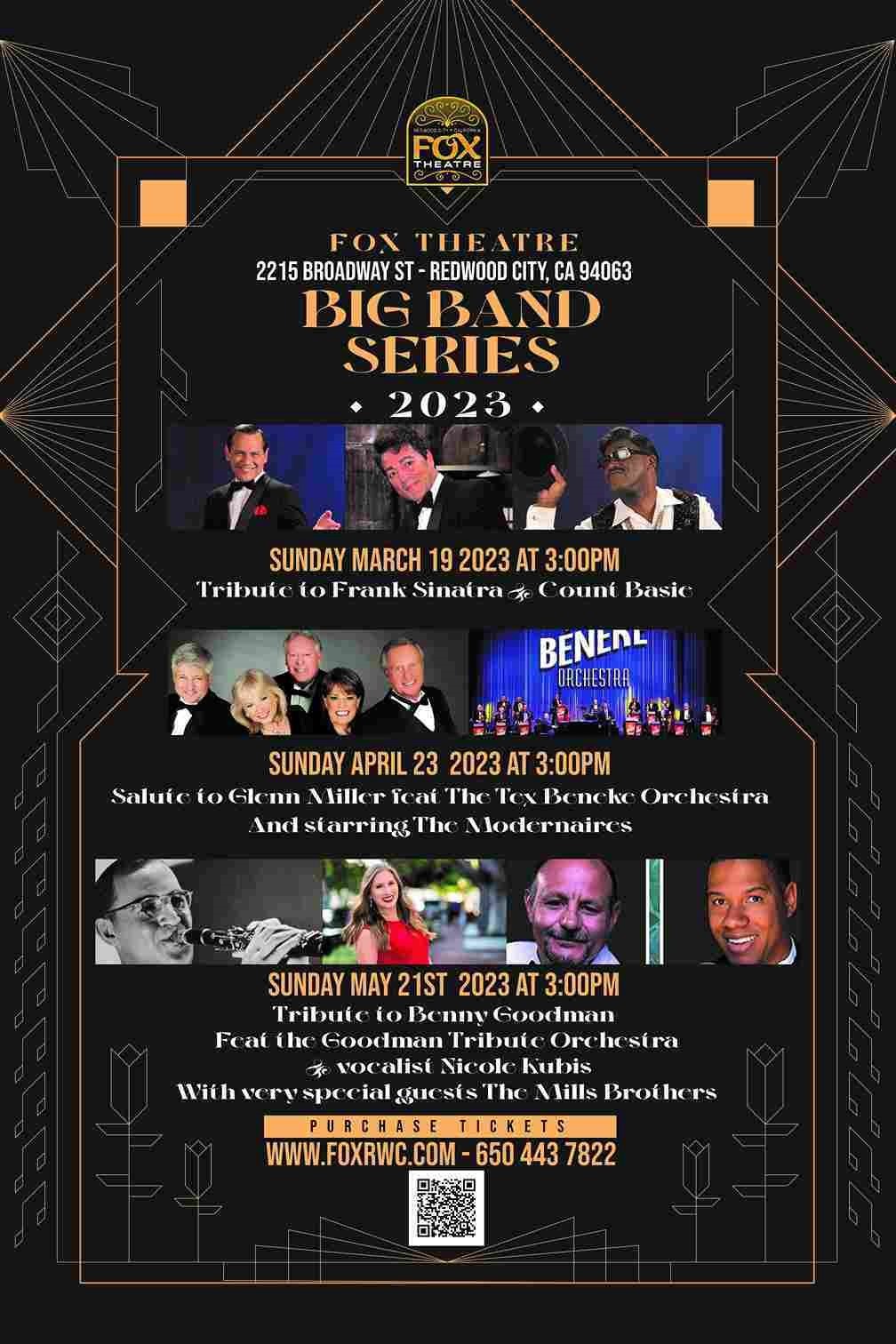 Tribute to Frank Sinatra & Count Basie at the Sands

A brand new show honoring one of the most popular albums of all time: “Sinatra at the Sands” performed live at The Copa room at the Sands Hotel in Las Vegas in 1966.  Featuring the best music from both Sinatra and Basie’s careers plus two special guests stars joining in the fun.

Sebastian Anzaldo is widely regarded as one of the premier Frank Sinatra interpreters touring today.  He was in the finals on the hit NBC TV show “The Next Best Thing” and headlined his own show in Las Vegas for over 6 years.  You’ll hear all the biggest Sinatra standards including “New York New York”, “Come Fly with Me”, “I’ve Got the World on a String”, “The Lady is a Tramp” and many more.  Nine-time Grammy winning pianist and bandleader Count Basie led his award winning big band for over 50 years and partnered with some of the biggest vocalists in history.  His instrumental hits include “April in Paris”, “One O’Clock Jump”,  “All of Me”, “Jumpin at the Woodside” and more.

And starring The Modernaires

Experience the 14 piece Tex BSunday May 21st, 2023 at 3:00pmeneke Orchestra’s dazzling showcase of Glenn Miller and Tex Beneke classics from “In the Mood”, “String of Pearls” and “Tuxedo Junction” to timeless swing tunes such as “Little Brown Jug” and “American Patrol”. The show also features original Miller vocal group The Modernaires who perform all of the original vocal hits with Glenn Miller and Tex Beneke including the first ever million -selling Gold record “Chatanooga Choo Choo” plus their other #1 hits “Kalamazoo”, “Elmer’s Tune”, “Moonlight Cocktail”.

Benny Goodman was at the height of his career when he and his legendary band performed at Carnegie Hall in January 1938 and redefined the meaning of popular music.  Relive this amazing event with an all-star big band made up of exceptional jazz and swing musicians led by Kim Richmond.

The show recaptures a magical era when such hits as “Sing, Sing, Sing”, “King Porters Stomp”, “Stomping at the Savoy” and “Avalon” topped the charts. Among the special guests are The Mills Brothers, one of the most popular vocal groups of the 20th Century who scored #1 hits including “Glow Worm”, “Paper Doll”, and “Up a Lazy River”.  Also appearing is world-travelled vocalist Nicole Kubis who will deliver favorite Goodman vocal hits such as “And The Angels Sing.”

ALL SALES ARE FINAL NO REFUNDS