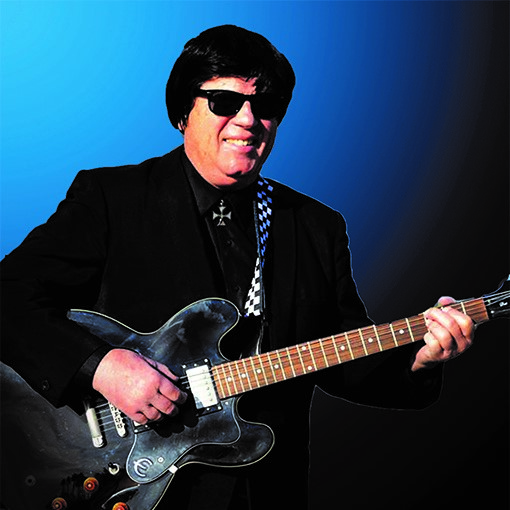 Tribute to Roy Orbison! Join us for this live 90 minute concert in which you will hear his biggest hits like "Only the lonely" to "Pretty Woman". Were you aware that in Roy's songs there is a bit personal history and humor about his own personal life?  Roy was a member of the first group of artists at Sun Records in Memphis,TN, under Sam Phillips along with Elvis Presley, Johnny Cash, Jerry Lee Lewis and Carl Perkins.

From the years 1960 to 1965, Roy was a big hit in England, in fact in 1963 he went on tour with the Beatles and was the opening act to all of their concerts on that tour. Roy is also recognized as the king of rock ballad as well as Elvis' favorite singer. Can you imagine being one of the people who inspired the great Elvis Presley? Roy can! His music is known for lead vocals which are unique in all of rock music. This is most certainly a concert you cannot miss!